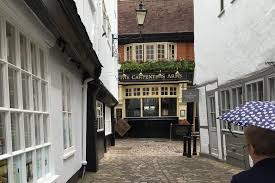 If you have booked a stay in a Hotel Windsor way and are wondering about the area, here are some interesting facts about Windsor for you to have a look through.