The history behind the Solicitors 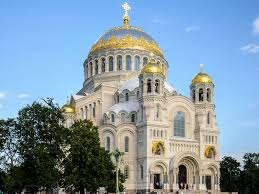 There will come a time in your life, usually for buying a house when you need the services of the legal profession. There are two main professions: the first is the Solicitor who deals with all the legal aspects that you need to know outside of court and the other is the Barrister who will represent you. It’s quite easy to remember, barristers have wigs and gowns, solicitors have suits.

As Gloucester Solicitors https://www.deeandgriffin.co.uk/ will happily tell you the origins of Solicitors come from the legal orators and  notaries of ancient Greece and the Roman Empire. You could represent people in the courts and even though you were not supposed to be paid for it you usually were. It was in the Byzantine Empire, formerly the Eastern Roman Empire, that started to see the notaries who you would go and see if you had a problem that needed to be sorted out in the courts. They would have an understanding of the Byzantine Law so that you could be better prepared.

All this went to bits in the lawless, or at least unrecorded, Dark ages and it wasn;t until the twelfth century that the system of legal started to be formed by the church.