Where does the Clerk come from? 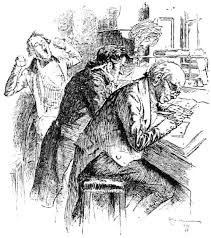 At some point in our lives most of us will be a clerk. Someone who had a real love of the clerk was Charles Dickens. In fact, in all of his tales there are one hundred and four of them. He loved the idea of the downtrodden Victorian clerk rising up through the ranks to fame or infamy (certainly in the case of Uriah Heep). As with so many things in our society, our love of Christmas for example stems from A Christmas Carol written as a criticism of the Victorian’s lack of charity and celebration, Dickens creates a world and idea that lingers. 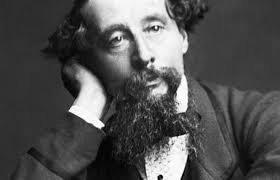 When Dickens wrote about the Clerk in 1851 they were in the minority with people mostly still in rural or manufacturing jobs. However just over sixty years later that trend was completely reversed and it was the office job on the rise. With the coming of trade to Britain via it’s Empire the idea of administration was becoming a reality.

The wages were poor but because they were white collar workers they had to maintain a show. Suits were the uniform and a place in the most expensive parts of London. Some Clerks were forced to sublet to blue collar workers who were better paid than them. This is not true now. For example the Property inventory clerk can expect of good wage and respectful professionalism.