What can Polystyrene be used for?

Most people are familiar with polystyrene packaging – when you open a delivery and find that it has been packaged in a protective polystyrene casing, this is probably the most common use that most of us can think of when we think of polystyrene. 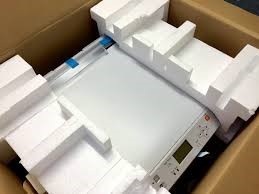 Medicine – In the medical world, polystyrene is an incredibly useful material. It is easy to sterilise so is a real help when it comes to storing medical equipment and laboratory items, as well as being a good way to protect delicate instruments.

Cars – Did you know that many car parts are made from polystyrene. It is used in door panels as well as in children’s car seats where it is able to absorb shock.

Food Services – Cups and food trays used at places like festivals and outdoor events are made from polystyrene, as well as packaging for foods sold in supermarkets such as meat. It is cheap and sterile, so it is perfect for this job.

Building and Construction Work – Walls and roofs are often insulated with polystyrene in new buildings. It is not only great for insulation, but it also remains unaffected by water and other weather conditions that can cause problems with other materials.