Is there a need to remove an atypical mole? 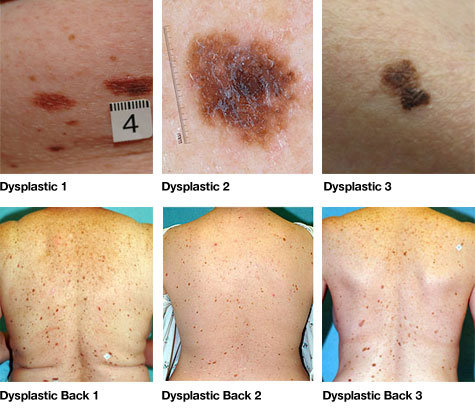 The majority of moles do not turn out to be cancerous, but is there a need to remove a mole if it turns out to be atypical? These benign moles can have a low risk of turning cancerous, but some dermatologists suggest removing them to be safe. If you are considering mole removal, what should you know about atypical moles?

What are atypical moles?

An atypical mole is benign, which means it is not currently cancerous. Moles are given different grades to signify the potential risk they pose and tend to be classed as mild, moderate or severe. Atypical moles that are seen as mild are classed as having a low risk of becoming cancerous. They are often observed to see whether they become symptomatic or regrow following an incomplete removal.

If the mole is seen as moderate it will generally be removed, and those classed as severe will require surgery. The more severe type of atypical moles have a higher risk of becoming melanoma in the future. The risk of malignant melanoma, one of the most dangerous forms of cancer, can be up to seven times greater in those who have a high number of moles, which is classed as over 100.

Should the mole be removed?

The process for dealing with a specific mole will depend on your individual circumstances. If you have a high number of moles, removing all of those that exhibit unusual features would not be a practical approach.

If you only have a few moles, however, and there is a melanoma history in your family, then surgical removal through a specialist clinic dealing with mole removal cases would be a beneficial approach. With melanoma skin cancer incidences rising, it is now the fifth most common form of cancer in this country. It is important to take the right approach to treatment for your moles, as every year around 13,300 people have a melanoma diagnosed.

If you have a mole that changes in appearance or a new one forms, it is vital that you speak to a medical professional. In the majority of cases there will be no cause for concern; however, it is the minority of cases that can be the most severe and the quicker you receive treatment, the better the prognosis can be.