A history of Gloucester Cathedral 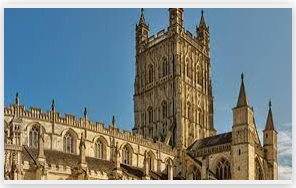 Nestled in the city of Gloucester is the beautiful cathedral that many people living in Park Homes Gloucester or other houses have probably visited on many occasions. If you have recently moved to Park homes Gloucester Park Home Life, you will definitely want to add a trip to the cathedral to your to-do list. Lots of events take place at the cathedral throughout the year, and a quick look on their website will let you know of anything that they have coming up in the calendar and the days and times for their service, should you wish to add any of them. 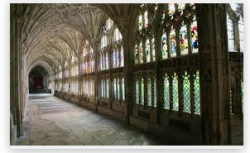 The cathedral site has a fascinating history that spans over 1,300 years. Back in the Anglo-Saxon era, between 678-9 AD, a prince named Osric decided to build a religious house on the location of the current cathedral. These small communities would have attended the religious house to worship, and this continued for a 400 year period. Not much is known about how Anglo-Saxons would have worshiped or what their services would have been like, but the evidence of the buildings indicates that it would have been of significance for the local communities.

The most significant changes to the site came after the Norman conquest in 1066. At this time, the monastery that had been established by the Benedictine monks was not as active as it could have been, and in 1072 King William I appointed a new Abbot. Serlo, who was a monk at Mont St Michel, came to Gloucester and built up the wealth of the monastery to a point where they could start building an impressive abbey church that pleased worshippers at the time and which still amazes those who visit the cathedral today. 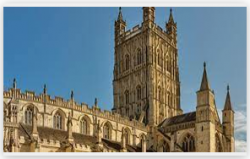 There are many other important moments during history when additions were made to the cathedral or people of significance were buried at the site. There was also a member of the clergy who was burnt at the stake outside the cathedral. It has always been at the centre of some of the most significant moments in Gloucester’s history.