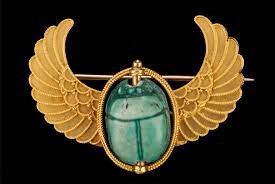 Paper – Writing on paper is something that we have all done at school and at work. But the earliest type of paper was created in Egypt. It was called papyrus and was made from the reedy papyrus plant. There is evidence that it was used as early as 3000 BC. Papyrus was so popular that it was exported all around the Mediterranean and was used by the Byzantine and also the Roman Empire. Along with this of course was the creation of black ink, made from soot, gum and wax from bees. The Egyptians then expanded on this by replacing the soot with other materials which enabled them to make a variety of colours. 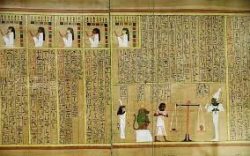 Metal – This is something that we see as a modern material, but it was commonly used in ancient Egypt. In the modern world we have metal items like these copper pipe fittings https://watkinspowis.co.uk/products/copper-pipe-fittings-and-press-systems which are important in our lives, but copper was also one of the most used metals in ancient Egypt. It was used for things like tools as well as household items like bowls and cooking utensils and was mined mainly from Sinai.

Clocks and Calendars – Some of the earliest forms of clocks and calendars were created by the Egyptians, who were masters of using the heavens to accurately record times and dates. It is clear from the arrangements of the pyramids that were arranged based on the locations of the bodies in the sky above. The calendar was also created based on the dog star, Sirius and the time that it reappeared in the sky, leading to the creation of the 365-day calendar. This was changed by Ptolemy III who realised the need to add the leap year once every four years.