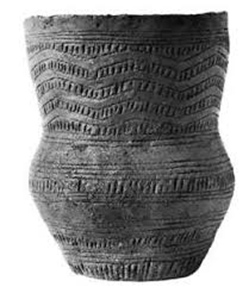 Today, bronze is something that we enjoy in many forms = popular for pieces of art like this bronze horse sculpture by Gill Parker, once this was the material that prompted a revolution, and changed the world in fact a whole era was named after this material – the Bronze Age.

The bronze age hit Britain a little later- in Europe is was already going strong and by the time it came to the shores of Britain, around 200 BC, much of Europe had ‘gone bronze’. It came over to Britain via travellers and explorers from Europe who quickly introduced the people of Britain to this fantastic new invention – and one of the groups of people responsible for bringing this over were known as the Beaker people. 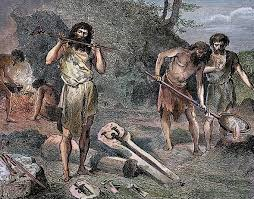 The beaker people were named after their bell-shaped beakers that they drank from, which were shaped like bells. These peaceful folk travelled across the South West of Britain where there were large copper and tin deposits ready to be mined that they could use to make bronze.

There is evidence that they mixed well with the native people and their distinctive beakers have been found in architectural sites from the period around the area, including the temple at Stonehenge and many of the tombs of the local people.

The bronze age in Britain went on for thousands of years – until 650BC in fact when it was slowly replaced by what we now call the Iron Age, and by this time pottery and textiles were also parts of life.